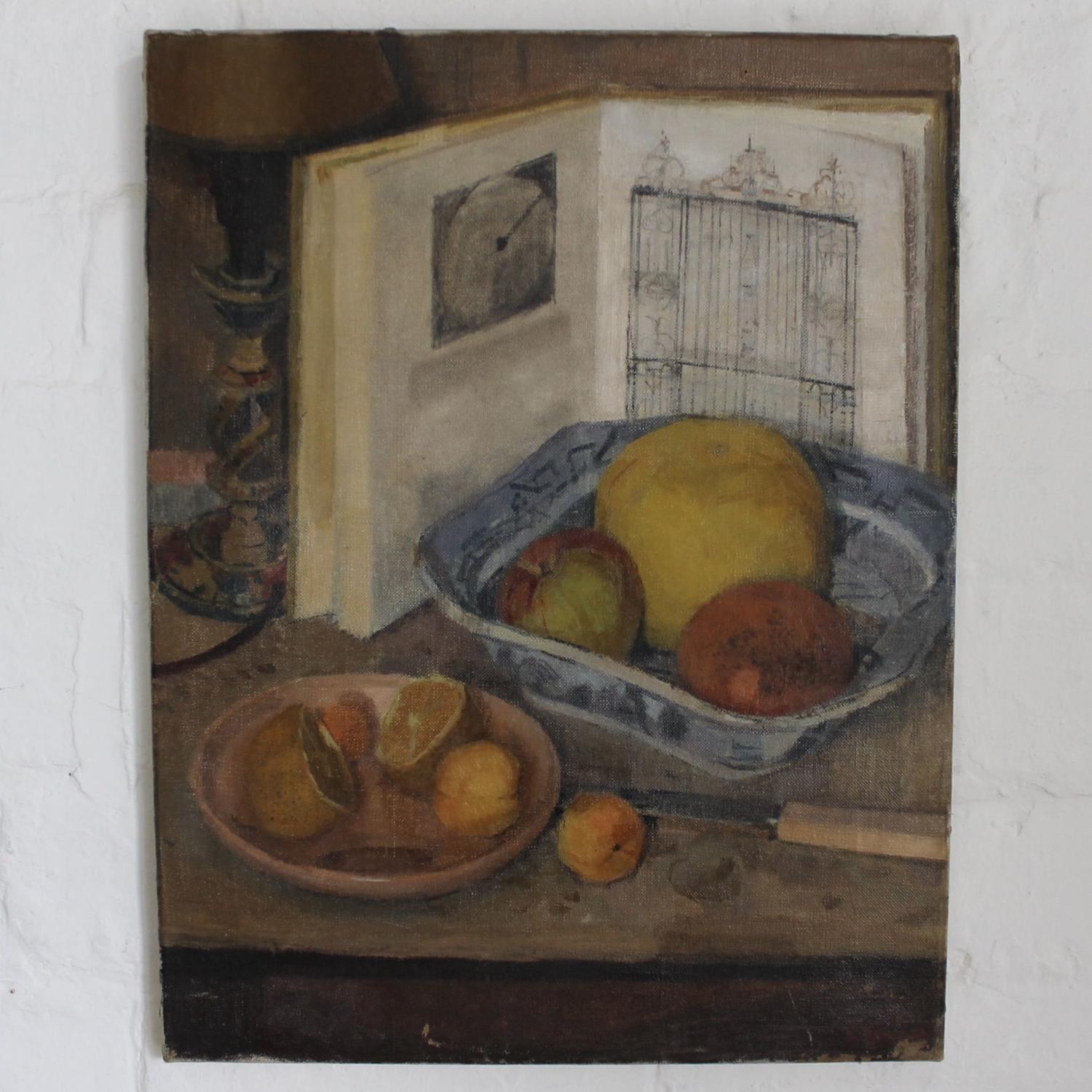 Mid 20th Century, oil on canvas, still life of a bowl of fruit and open book by Sheila Bownas. Signed and dated 1951. some small areas of light wear, otherwise in very good condition.
Sheila Bownas (1925-2007) attended the Slade School of Art after the war. She graduated in 1950 and forged a career in textile design for which she is best known. 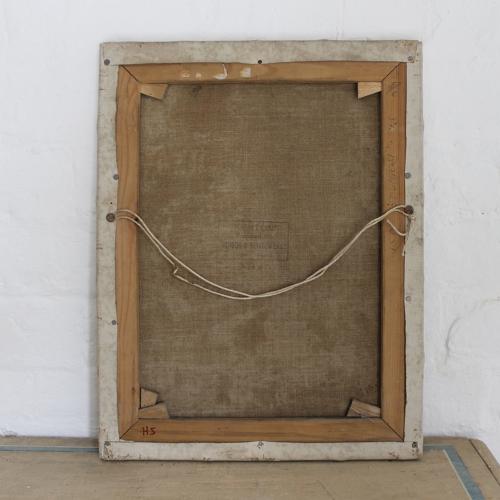