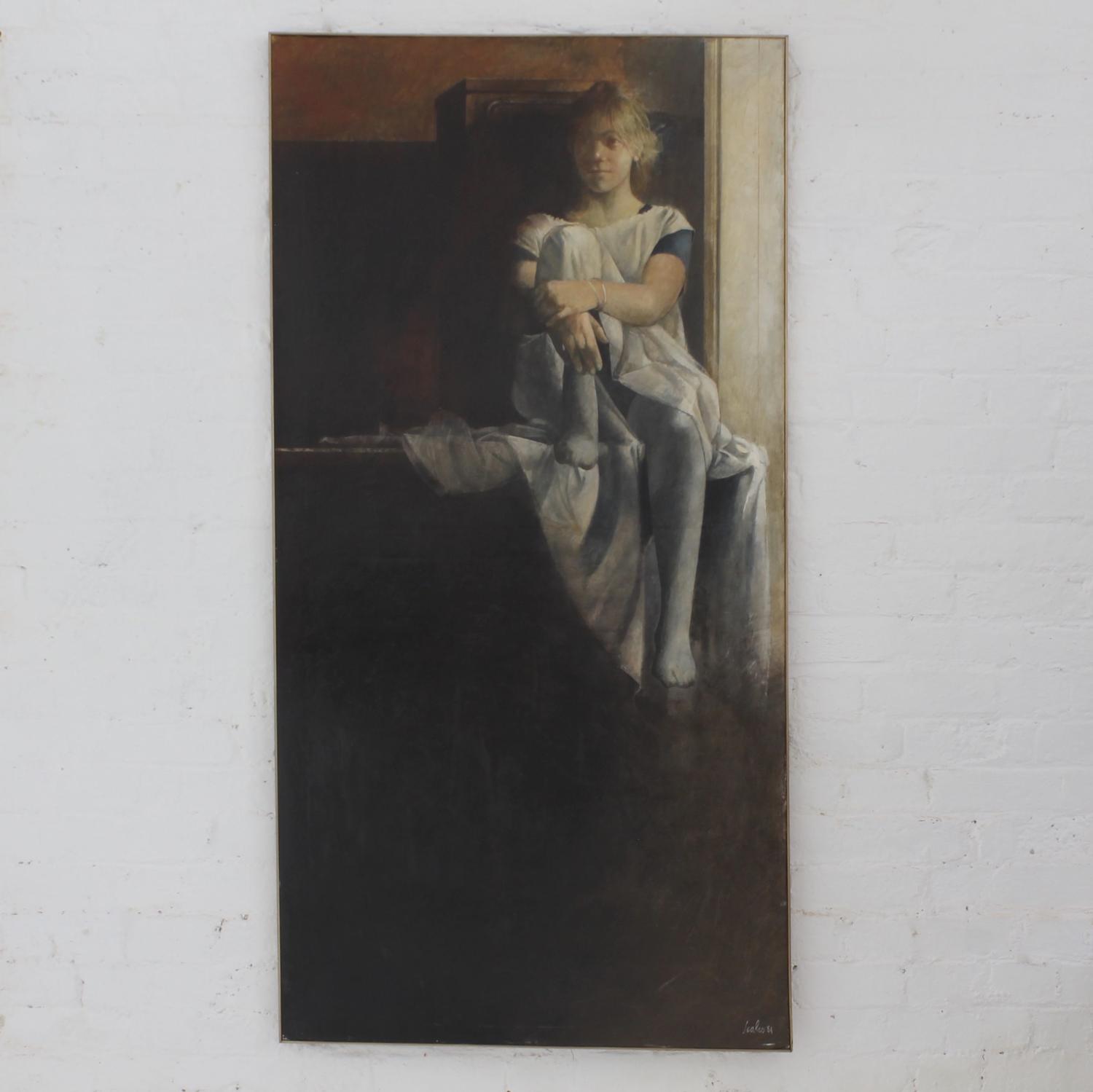 A striking and atmospheric portrait of a young woman, seated. The painting, of large scale, has a beautiful sense of light achieved with the use of a strong contrasting palette, making it a really eye catching yet subtle piece of work.

Giorgio  Scalco, lives in Rome and has studied and worked in various fields of the arts including illustration, fresco painting and architecture. He was born in Vicenza in 1929 and has been very successful, exhibiting globally with solo exhibitions in Paris, Amsterdam, London, Munich, Kyoto and  New York to name a few. He also held a seat at the Academy Of Arts in Rome from 1968-1992. 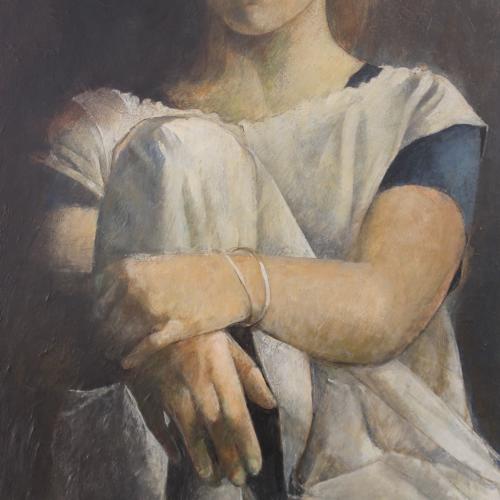 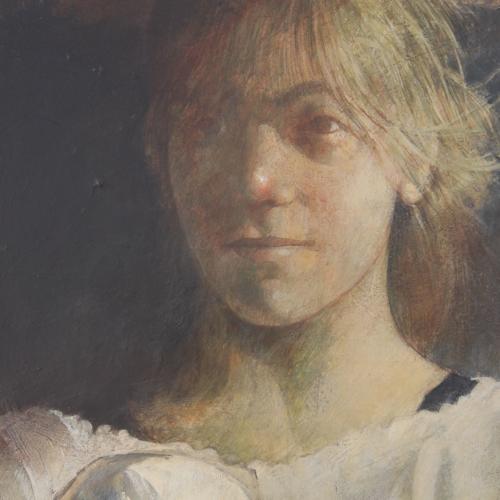 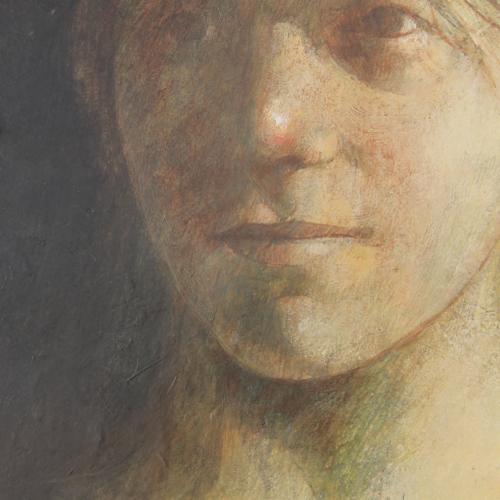 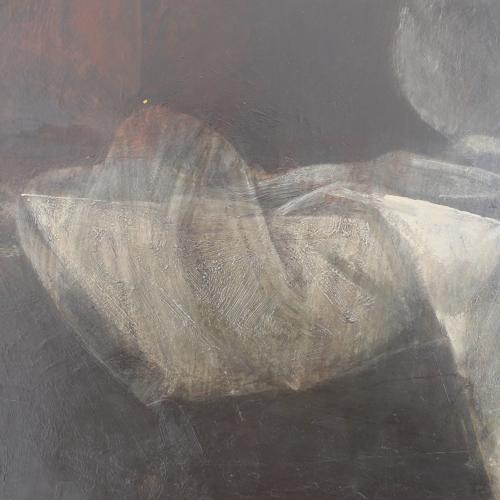 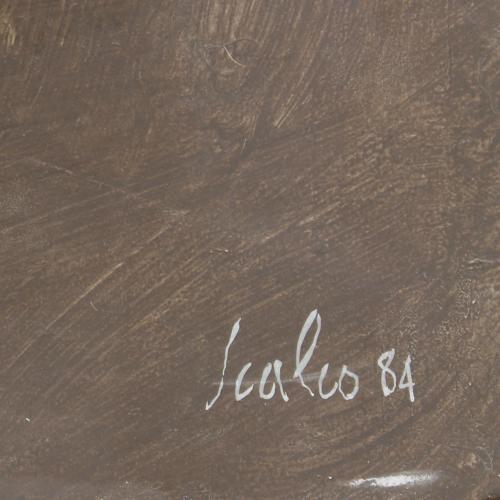 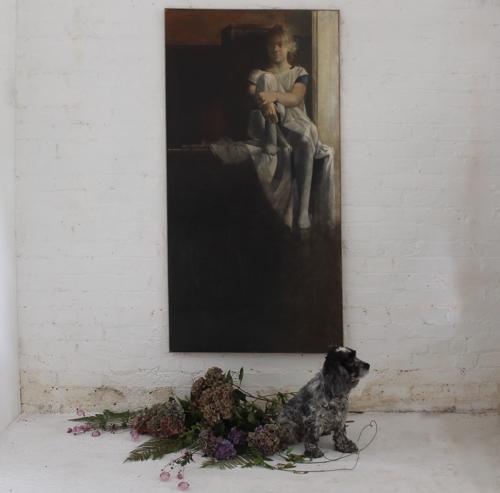 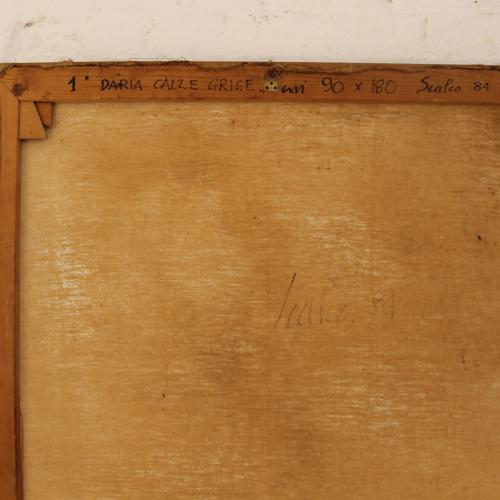 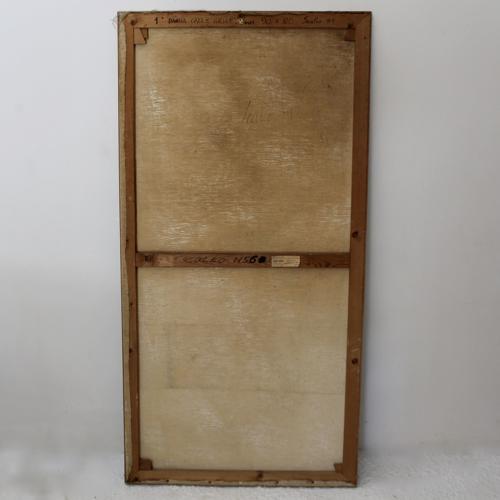