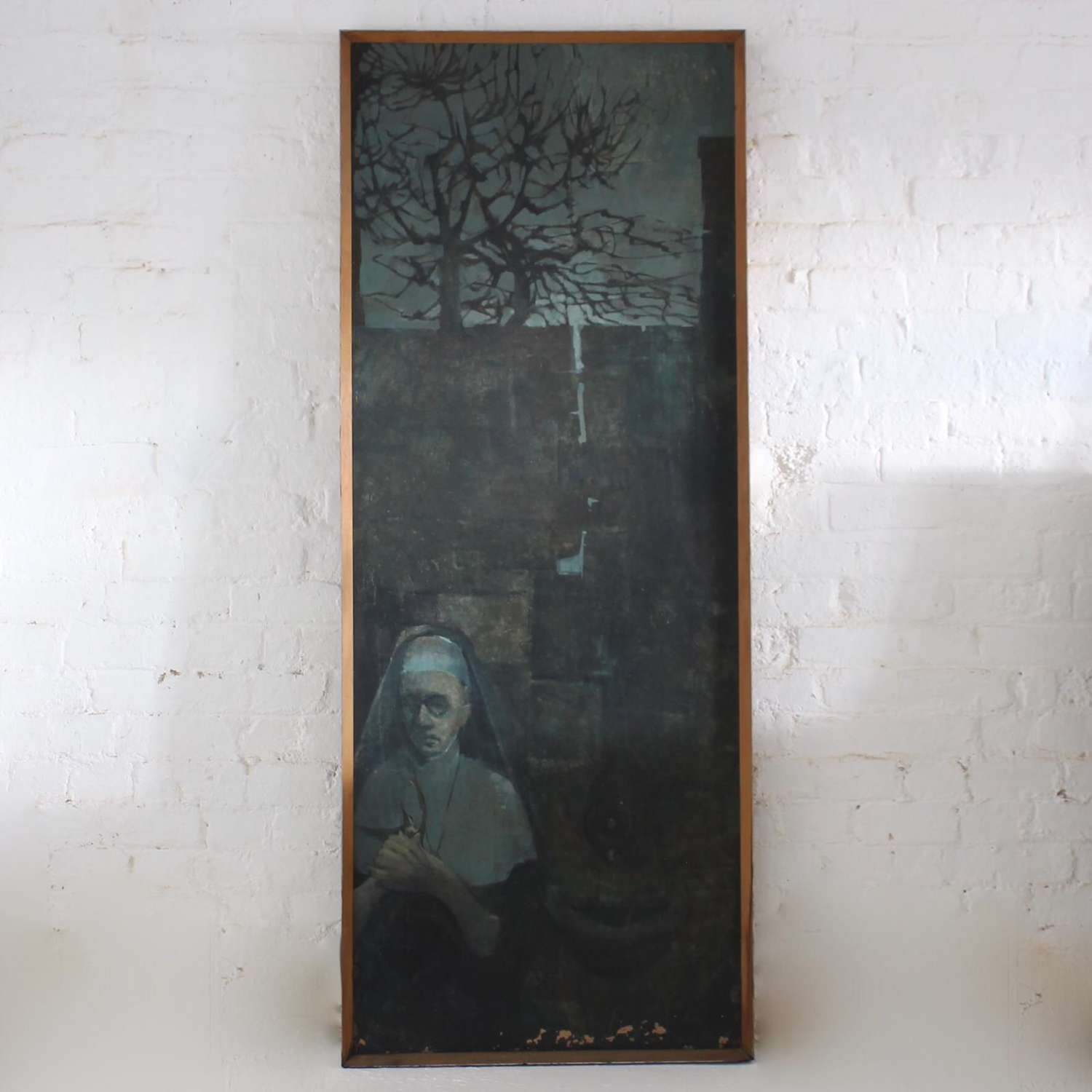 A fabulously intriguing, dark and sensitive narrative painting depicting a Nun holding a captured bird in her hands, against the backdrop of a stone wall with a leafless tree.

Neil Dallas Brown (1938-2003) was a successful Scottish artist who exhibited internationally and taught at Glasgow School of art. This piece would have been produced during his student years at Dundee school of Art.
Overall condition is good with some large paint losses to lower section through signature ( see image) 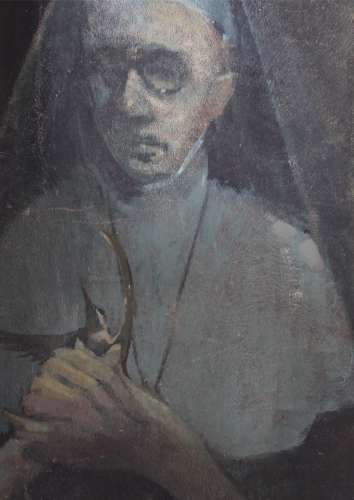 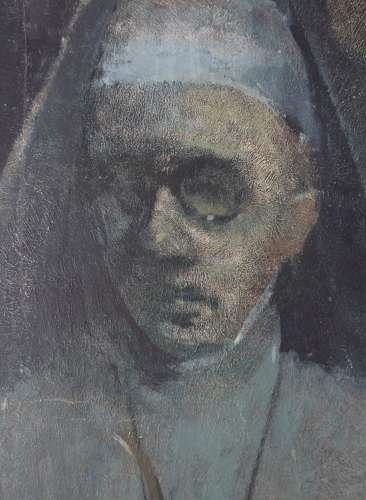 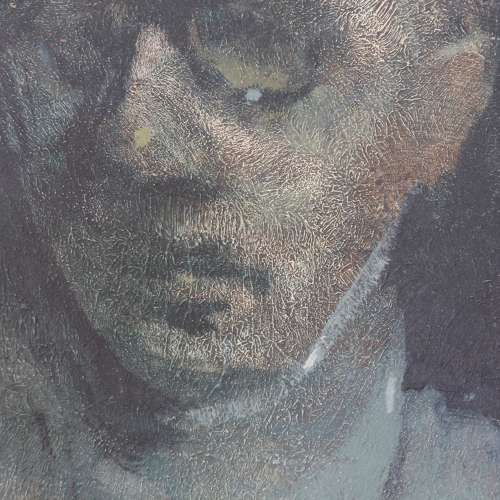 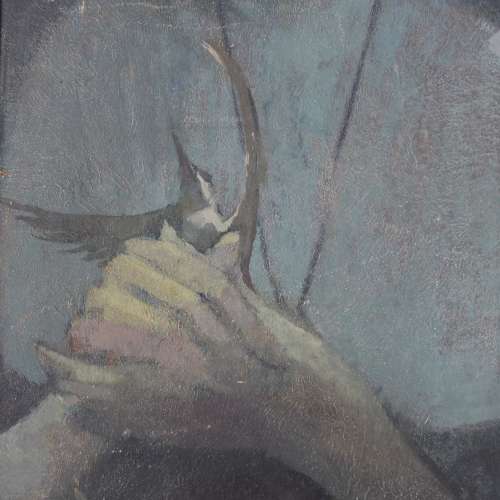 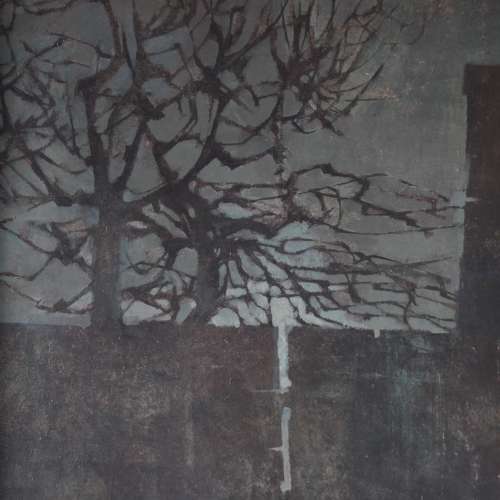 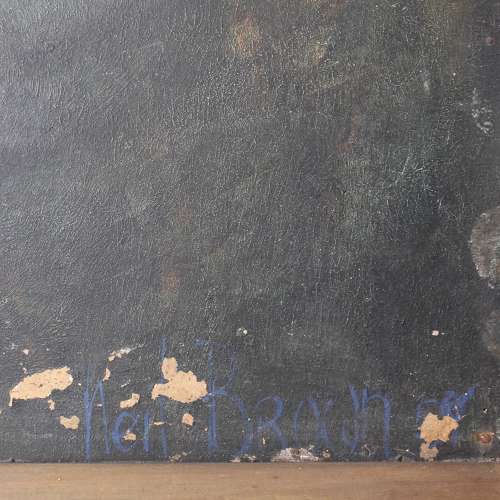 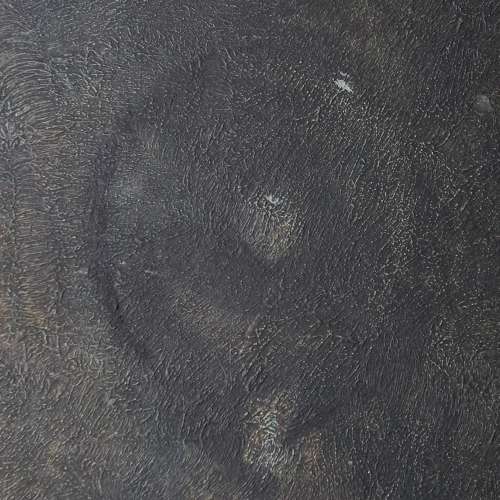 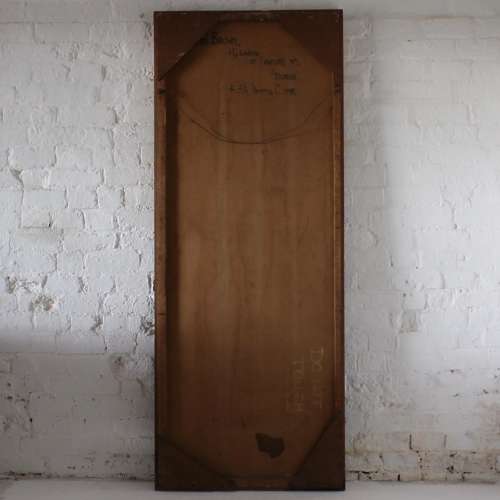 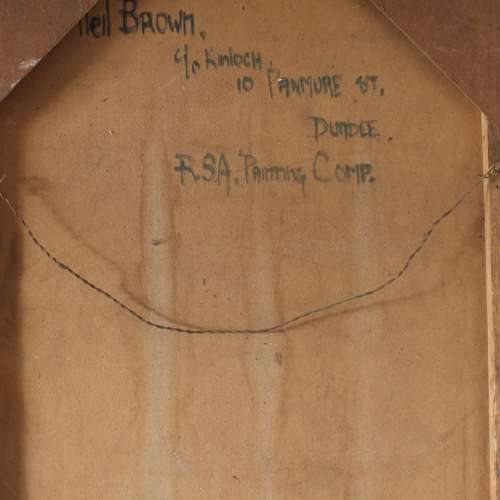 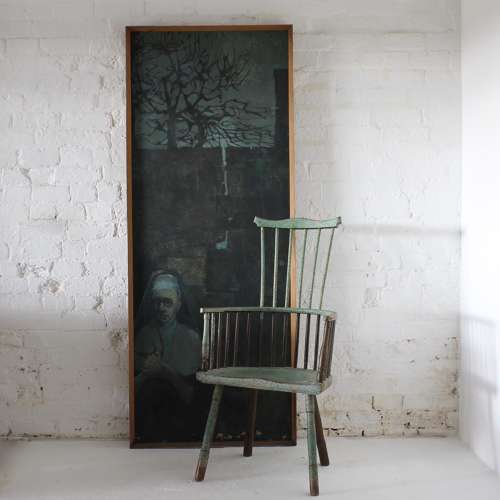