Researching some artwork by Richard Beer

I recently bought a couple of paintings from auction, and like all of my purchases, I bought them because I really loved them. The colour, the composition and the life in them. They were from the deceased estate of the Artist Richard Beer (1928-20I7). I immediately set about researching the artist. Who was the man behind the artworks?

Well the artist turned out to be very interesting. He had studied Stage design at The Slade School from 1945-50 then continued his studies in Paris firstly at the Ecole des Beaux-Arts and later at Stanley Hayter’s Atelier 17. In 1955 he worked with John Cranko, choreographer for the Royal Ballet, where he designed sets and costumes for  ‘The Lady and The Fool’ at the Royal Opera House, Covent Garden.

He had many one man exhibitions, exhibited regularly at the Royal Academy, taught Printmaking at Chelsea School of Art, has works in collections from the V&A to the Metropolitan Museum Of Fine Art, New York.

The list of his achievements goes on but it was an article in The World Of Interiors magazine written by John Pearson that really captured my imagination. The feature shows his wonderful eclectic muddled home in London with artwork stacked against the walls and explains how he collected vintage finds and surrounded himself with hundreds of interesting trinkets to brighten his home. In the interview he is asked if he has made any provisions for his collection after his death. He replies....

‘For me the house is the setting of my life, and the objects are the scenery. So when I die and the performance is over, the scenery will simply be dispersed as it would be in the theatre’

I thought this was beautiful, and I felt so much more for the artworks I had bought, two paintings on canvas, interior studies, one of  the  Hackney Empire and the one of the Assembly Rooms NW5. I feel very privileged to have owned a part of  ‘the scenery’ and I am left wishing I had known more about Richard Beer when he was alive. 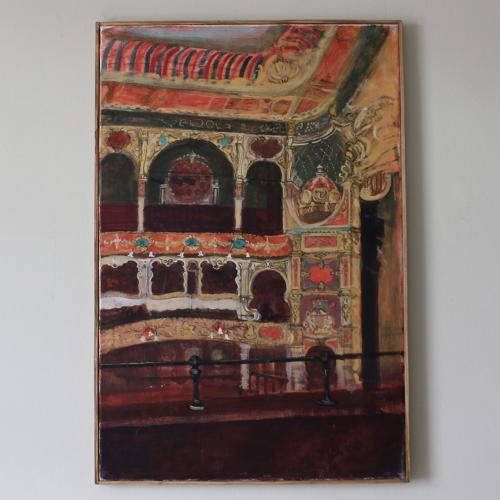 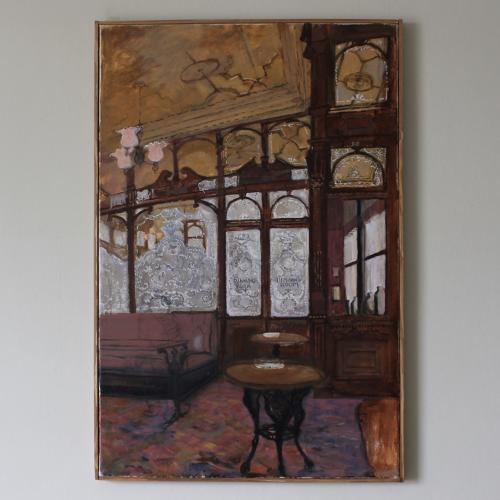